“You need to do something that terrifies you” she said. “You are in a rut” she said. Sage words from my yoga teacher of many years delivered in her no-fuss-and-nonsense way rather than gentle advice – she’s lovely although also very fierce. J

Like a blinding light the answer came to me…”Performing on stage” I said. “I couldn’t think of anything worse”.   Now by way of an explanation I feel you all need, I should tell you the facts. The cold, hard panic I feel at the very thought of this goes back to my schooldays. What’s the old saying?  “I had a brilliant childhood, it’s taken my whole life to get over it”?  I digress. It goes back many, many, many years ago (well maybe only two manys ago) when

I was told I had to be in the Christmas school play…is there a pattern here?  Now I was the tallest child in our year and was mortified when my vindictive teacher paired me with the most diminutive dude in our class. His head barely reaching my chest, embarrassingly, I had to waltz in front of a vast audience with this bantam sized boy, this Lilliputian lad.  I was terrified I’d step on him or even worse, fall on him any moment and crush his teeny frame. I suspect he was just as scared.

Imaginez-vous though! All this, whilst waltzing with a weeny and wearing 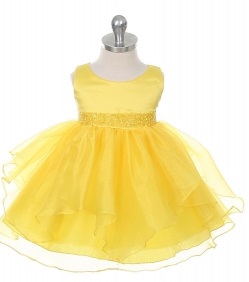 a canary yellow satin dress, handed down to me by the same spiteful teacher.  Now taxis in NY are bright yellow for a reason… they stand out.  Need I say more? The whole painful episode haunts me to this day.

Well several weeks after Sat Charan Kaur’s advice (for ‘tis her Yogi name) one October Sunday afternoon I gingerly approached the Penshurst Village Hall and the three giants of village Panto – John, Sue and Rob.  With clammy hands and a “scaredy-cat” voice screaming “Run Lulu, run” in my head I asked them if I could join the Panto. To my amazement they said “Of course! You can be in the chorus… you can sing can’t you?” I could barely answer as cold fear gripped my throat.  “Yes I think so” I croaked…. Well that is all history now and I have even been given a small part – though not as small as my Pocket-sized Prancer of course – see what I did there? J.  It involves a rather impressive marrow apparently, as yet to be seen. I tell you the anticipation is tangible amongst the cast… Vegetables can be so funny don’t you think?   We have some wonderful young folk in the lead roles who sound amazing and some great cameo roles and familiar faces. Oh and there’s more too…. Brent (hubby) and I are thrilled to be new members of the PADS committee. What fun! 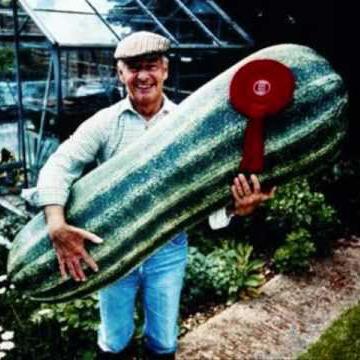 Enough of this banter there is work to do! It leaves just this to say; it has surprised and amused eveyone who knows me and not least myself, that I love every second of my participation in the Panto and along the way making lots of new friends too. In fact I’ve already told Rob to pull his finger out and get on with writing another one. I just don’t know what he does all day! Do you?  I’d also like to make a couple of last points I feel should be heeded…  Anyone less than 5ft had better steer clear of me in the chorus line and oh, by the way Sue,  I’m not wearing canary yellow or lycra for anyone!  Other than that I’m prepared to tweak the nose of terror and laugh in the face of fear.