I was very blessed to have two amazingly gifted teachers in music and drama at my secondary school. Looking back it cast some rays of light over my despondent lonely school days. So it was that as a teenager I found myself on stage singing in a chorus in Gilbert & Sullivan’s operas under the attentive eyes of Sadie Williams and Margaret Webster. It provided my first taste of musicals and drama, transporting me to a dimension of escapism that I thoroughly enjoyed.

So much so that after joining the Women’s Royal Naval Service at the age of 17 I auditioned for Princess Lotus Blossom the lead role in Sinbad the Sailor. To my amazement I got the part mainly because all the other applicants couldn’t sing! The director Captain Muxworthy who was also my boss at the Naval Dental School at HMS Nelson where I was training to be a Dental Nurse; turned out to be great fun to work with.

See if you can spot me below: 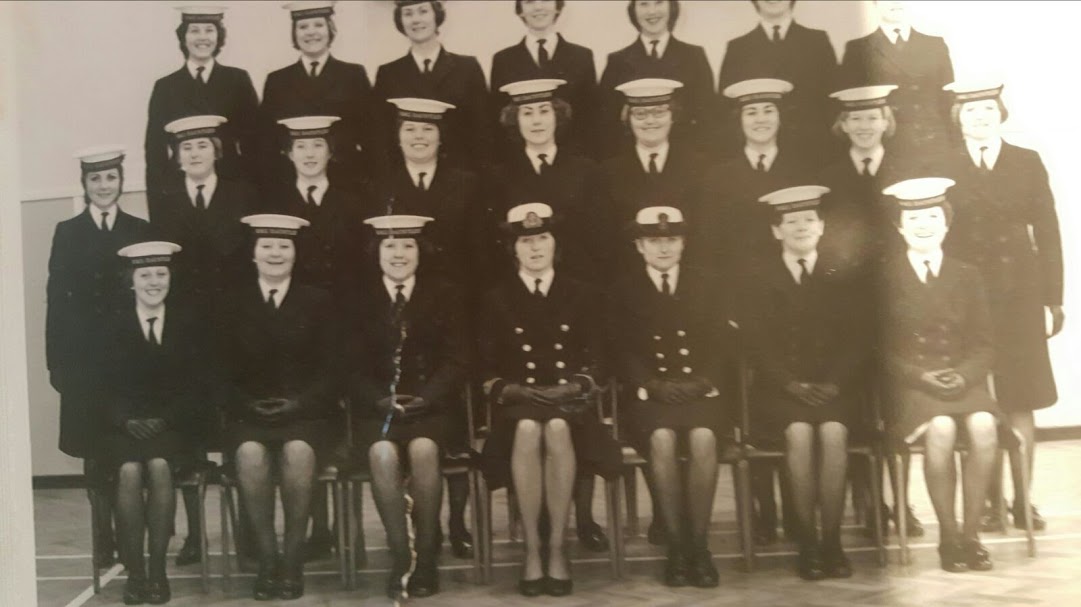 In fact it was fantastic mingling with all the Officers on and off stage particularly as the normal custom was officers and ratings do not mix. I found this out very early on in my naval career when I had a date with a young Lieutenant who was found out by his peers and that was the end of our budding romance. So after which my only role in life was to try and avoid them at all costs. 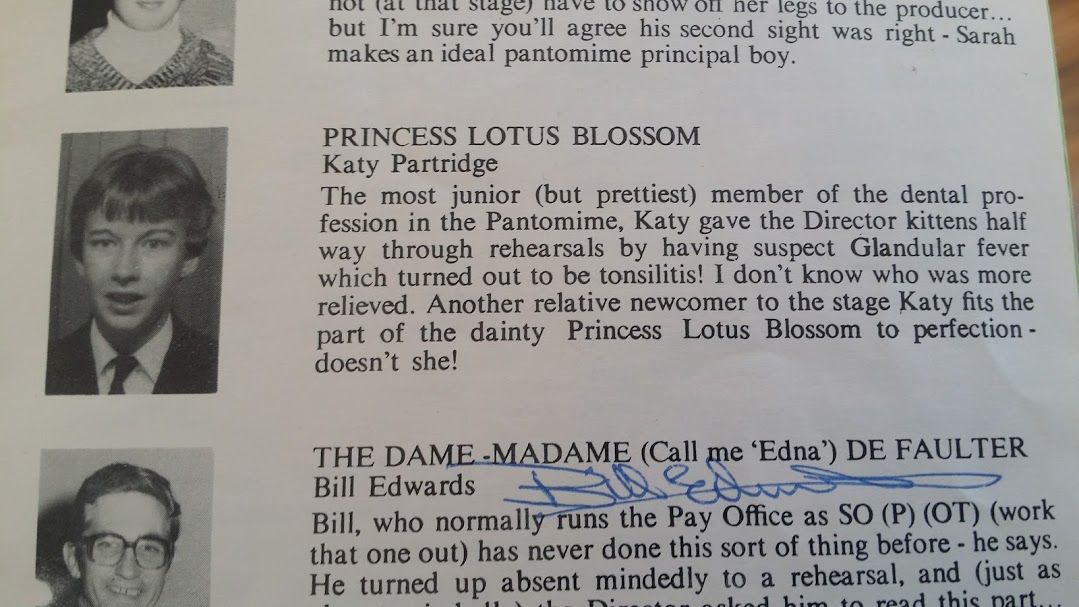 The Naval custom stipulates that ratings (anyone who isn’t an officer) are required to salute all passing officers; so I made it my role in life to see if I could avoid doing this at all costs.

I tried many tactics some of which worked better than others:- pretending to tie my laces or suddenly “forgetting” something important and turning round, pretending I hadn’t seen them and on two occasions even hiding behind the central parade ground flag mast!

The most senior officer I ever had to face was the Marine Commander at the Commando Training Centre at Lympstone. It was a very serious offence I had to answer for, losing my ID card. I can remember marching in and performing my best salute I could muster. I actually can say it was worse than waiting in the wings to go on stage and my nervousness was very difficult to hide. I’m not sure whether I was more relieved about the small monetary fine or the fact that I didn’t have to reveal that I hadn’t allowed it to get into another person’s possession. (Bearing in mind I had discovered the remnants in the bottom of my washing machine!)

It was interesting when I told people that I was a Wren as the answer was generally the same, “ooh do you go to sea”. To then explain that I was based at a ‘Shore Establishment’ and my only claim to going to sea was when I was on board a docked frigate at Portsmouth Docks inspecting teeth didn’t quite have the same ring of excitement. So eventually I gave up on that response and just used to lie and say “yes regularly”

I have to say I can remember being very nervous on the opening performance night, it helped not knowing anybody in the audience but didn’t detract from my legs trembling or my hands erupting into buckets of sweat. However as soon as I was on stage it seemed to disappear and when people applauded after my solo songs it gave me such an adrenaline buzz.

On our last performance I can still recall the director looking at me very relieved that I finally made it on stage. You see two weeks prior I was detained in sick bay with suspected appendicitis which thankfully turned out to be Tonsillitis. Yes it must have been relief or have I misinterpreted something more sinister….well there was “The Incident”

I’ll probably never really know that answer. After all when one is assisting in a naval dental surgery it’s not drama you normally expect just systematic dental charting, fillings and hundreds of check ups oh and lots of Gurkas coming in refusing an injection. (now that’s what I call a man’s man albeit their average height is only 5ft 2!)

The “Incident” as I recall involved me working with the Captain holding a syringe ready to hand over but somehow ending up getting stuck in his forehead. He was very brave about it and just emitted a small cough. I can still remember to this day the bead of blood that appeared. Its become hazy over the years how it happened although I do recall him saying something like” I’ll just take a second look”

Maybe getting tonsillitis was part of his revenge… I’ll never know. 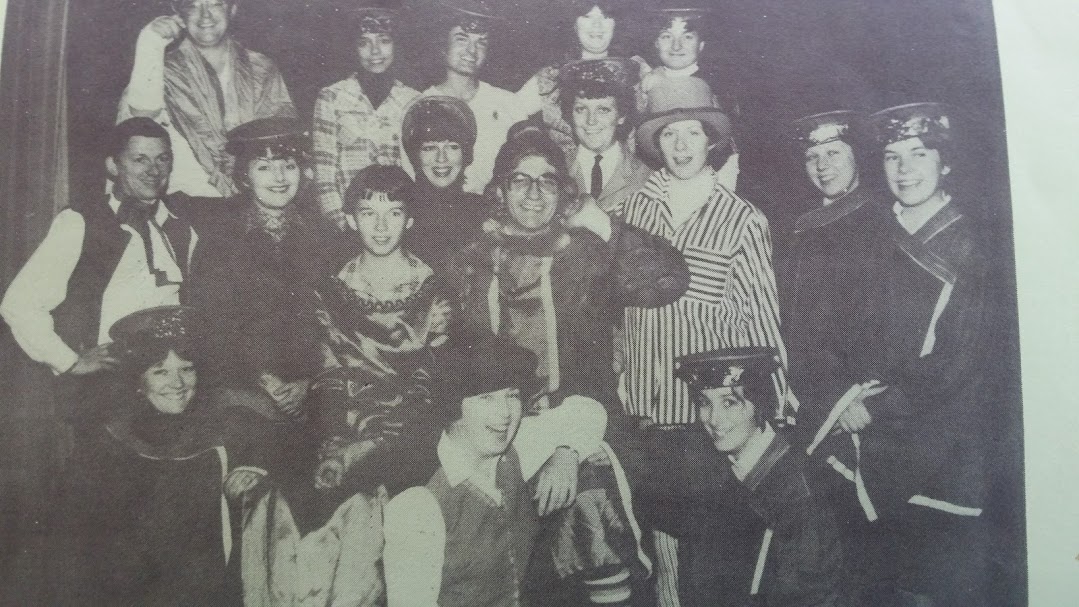