If you want something done – do it yourself. That’s my mantra. My darling husband Brent was due to write the June blog for PADS, apparently talked into it I believe after a couple of well-timed Larkins at the Leicester Arms.

Well that was several weeks ago and guess what?  He missed the deadline.  Now I admit he has been a very busy bunny lately, but most of which is self-inflicted “bloke stuff”.  Forgive the sexist terminology but I kid you not – in no particular order, archery, shooting, wood chopping, hedge trimming – my little weeping pear trees are unrecognisable – and replacing various pivotal parts to his beloved L reg Landy – I call her Camilla and I’m sure I don’t have to explain to you why.  She’s had a new chassis….  So anyway, here I am writing “his” blog.

His venture into the warm and fuzzy atmosphere of Penshurst Amateur Dramatic Society was seamless.  From sexy follow spot man to Ragnar the Insensitive in two easy steps. He 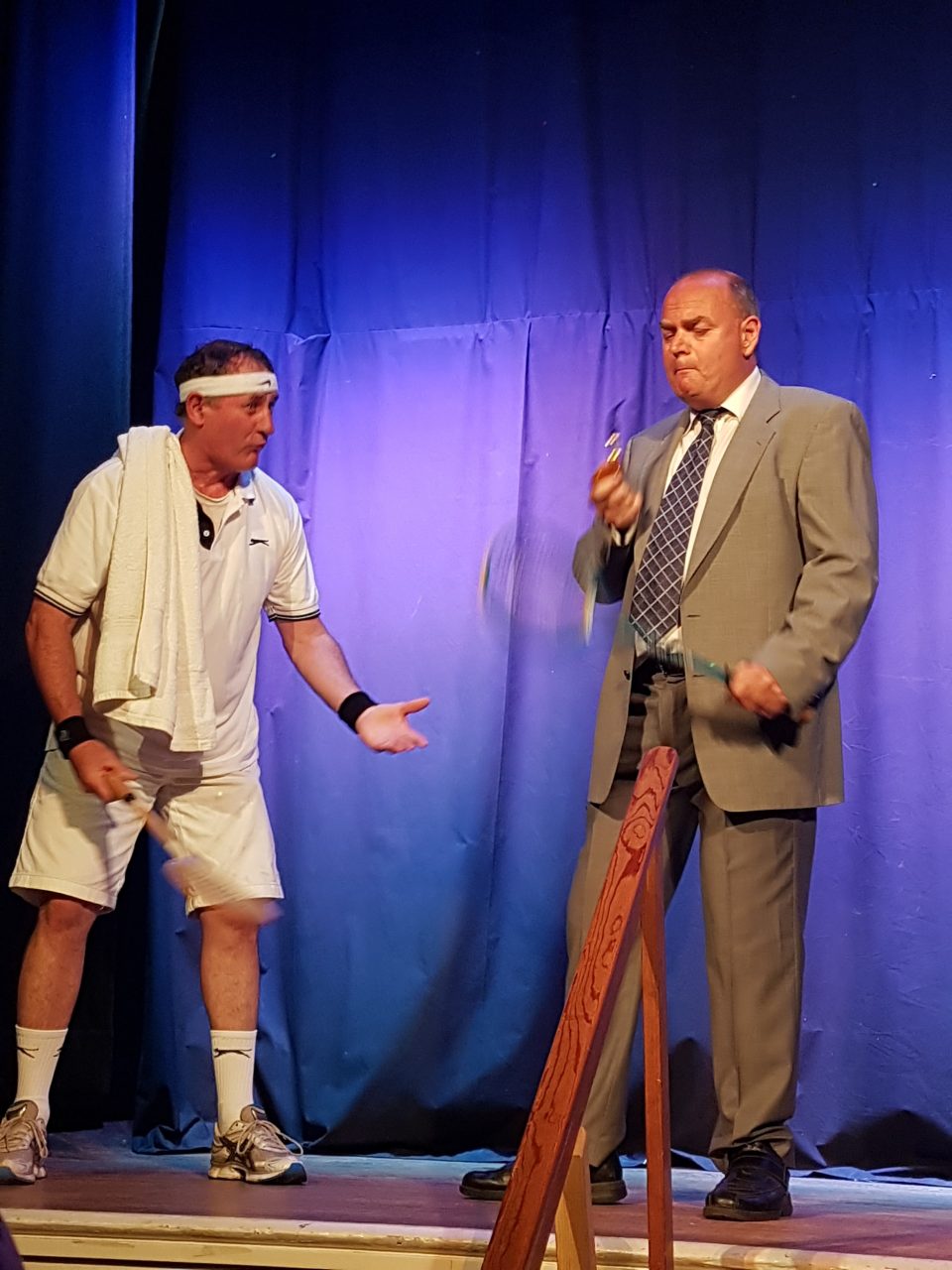 loved his participation from the word go. His debut was in last May’s Skits and Sketches as the 2017 Touring Australian squash champion defeated by a total beginner, Peter (Richard Lake) from the Two Ronnes “Squash” sketch and finally as the Viking Ragnar the Insensitive (a part made for him) in “At The Gates of Valhalla” sketch.  Yet another acting virgin lured to the limelight and fish and chips of PADS.

We had two marvelous audiences in both Blackham Village Hall and Penshurst Village Hall, including a snoring Bulldog – yes “Winnie” also made her debut that night. In fact her snores projected much more than some of the performers that evening and poor John Moore got the blame!

The crowning glory to the entire evening had to 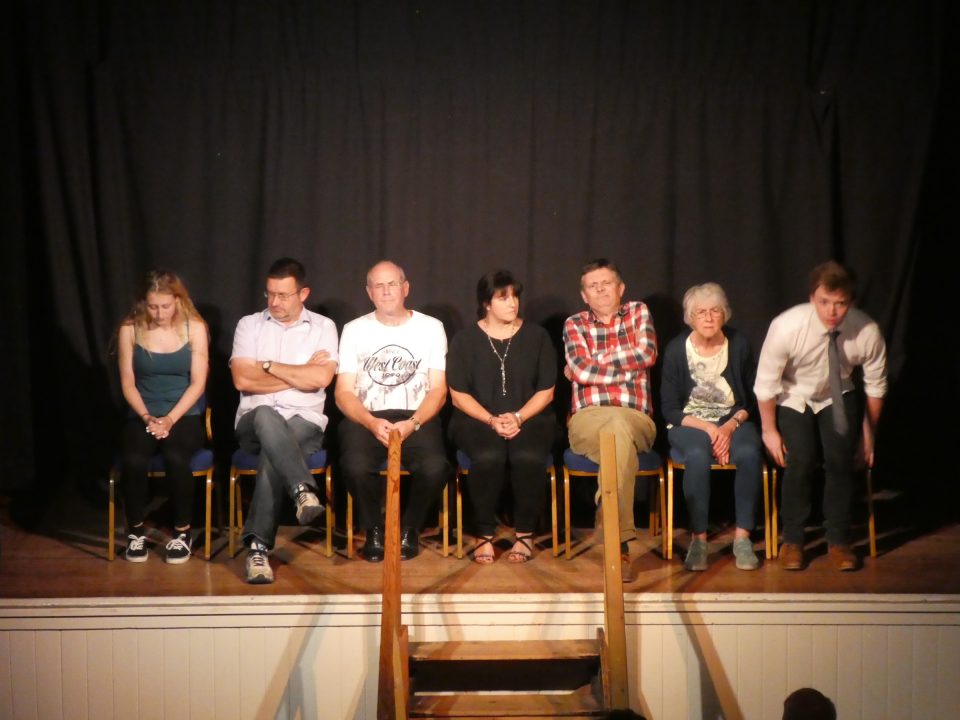 be the Silent Cinema sketch. A row of moviegoers trying to watch a film whilst two lovers, having to sit at opposite ends of the row of cinema seats mime loving words and actions to each other by way of their fellow moviegoers.  It was an outstanding success.

At this point forgive me if I stray away from village AmDram but I think it is relevant to my message today.

I was listening to Sue Perkins of Mel and Sue fame (Bake off etc) on Radio 4’s Desert Island Discs last Friday and when she was asked by Kirsty Young what first made her venture into the entertainment world when she was such a shy teenager, Perkins said a fellow friend at Cambridge University had dared her to have a go at one of the Footlights evenings and had offered to pay her “a tenner” if she dared to do one.  A tenner was a lot of money in the early ’70’s so she decided to give it a go. She said she had always felt she should do what was least expected of her. So she did.

When asked how she felt the first time she appeared on stage in front of an audience she said “I stood there in an itchy lambs wool sweater under a single bright spotlight. I felt a prickling fear which gave way to an extraordinary sense of freedom – a moment of saying ‘Oh my God I’m really going to do this’ – you set yourself free and you are buffeted by the currents, in this case the audience, which lifts you. It’s the most exciting, frightening and at the same time exhilarating thing I’ve ever done”.

I fully concur with Sue Perkins. In my first venture into AmDram I confess I was terrified. I had a tiny part discussing a large vegetable and was also part of the chorus in Dick Whittington.  I was in awe of the folk taking on huge parts and singing solos. I asked one or two of the veterans did they ever get scared and to my amazement was told “yes every time!” After that I felt better and can only say despite the fear it’s the most amazing rush and buzz and I urge you to try it..

I heartily encourage any of you out there who fancies a try, however old, young or inexperienced, to give it a whirl and you will find it surprisingly addictive – hard work sometimes – but pure fun.

We are always looking for performers, new talent and folk to help with the sets, props, making costumes, make-up or just generally helping out. There is plenty to do to put on a performance and your efforts would be very much appreciated.

As one who has dipped her toes into the warm bubble bath of PADS I couldn’t recommend it enough. Come on in!